Keep it simple but not stupid: consolidate your skills for today´s volatile environment 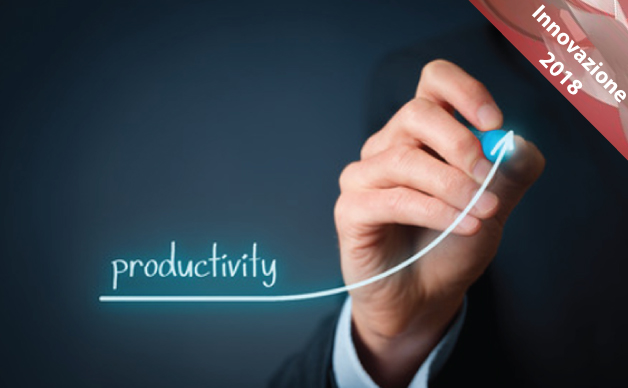 At the crack of dawn in a sunny morning of September 2008 our world – as previously conceived – changed abruptly. Almost nobody – apart from stock market professionals – recognised it at first sight, but the competitive scenario in the majority of western countries would have never been the same. We learnt, to our cost, the inherent meaning of words we thought would have not appeared again, such as economic slowdown, credit crunching, unemployment, GNP shrinking. Most companies faced a dramatic reduction in customer orders coupled with an unprecedented lack of vision of the future: many managers began to think about the future as a source of risk rather than an opportunity, while some executives were thankful to their subsidiaries in Asia who gave them the resources to avoid collapsing. Some other executives of mid-size local companies barely tried to survive, by adjusting their organizations to the now smaller market. Indeed, all of these executives and managers were sensing the fear of the unknown, the uncertain future and the feeling of responsibility for their people, their co-workers and their operators now in danger.

Here starts the journey of Salva, who exchanged Spain´s situation for a new territory where he could grow. He soon became the plant manager of the Romanian factory of Ulma Global Packaging, a company dedicated to the design and manufacturing of tailor made packaging machines for the FMCG (Fast Moving Consumer Goods) sector, with a turnover of almost 200 million Euro.
Salva had to start optimizing his plant performance within a truly volatile environment. First, he encountered uncertainty. Demand from industrial customers from 50 countries around the globe was unforeseeable due to an emergent combination of multiple factors: different buying patterns in different countries and sectors, final consumers´ fluctuating reactions to the world suffering from a severe crisis, and delay in information from actual necessities to formal orders. Volatile demand comes from volatile customers who are increasingly asking for more and more customized products, even new and more affordable products for their own customers, everything faster, quicker, brisker and eventually cheaper.
Second, he had to face complexity. The plant had to manage the production of multiple product lines, ranging from fully automated packaging systems, inspection and conveying systems to robot-handled modules. Moreover, the Romanian plant had to balance corporate HQs requirements, standards and conditions while at the same time attending to local necessities to improve and innovate. Salva soon realised that his fiercest and toughest competitor was his colleague: the nice guy who approached him at the gala dinner of the latest corporate meeting talking about the opportunities coming from outsourcing and offshoring products and offloading orders. Actually, he was saying he was ready to provide more for less.
Third, dynamism: corporate growth by 50% within 4 years, while the Romanian plant more than doubles sales volumes in the same period. An increasing pressure of lead-time reduction, a constant threat of new entrants among the competitors, and spare parts delivery within 24 hours. Salva finally became aware of the two-speed economy: over the last 20 years, Romania – and so many other countries all over the world – has become a global manufacturing leader and a prime destination for investors and multinationals, while the average economic growth continues to be below expectations, and the rise in living standards is stalling. The cause at the root is a chronic productivity problem that stems from the economy’s two-speed nature: a modern, fast-growing industrial environment, with globally competitive multinationals and cutting-edge manufacturing plants, exists within a far larger group of traditional local enterprises that do not contribute to growth. These two types of companies are moving in opposite directions, which eventually puzzled Salva.

In 2013, Salva felt the need to be prepared to ride the waves of a volatile environment as the most important ingredient of any successful business venture. He recognised the key role of the management of uncertainty, complexity and dynamism and discovered GEMOS, a joint program between MIP and EADA.

Entirely taught in English, the 12-month Global Executive Master in Operations & Supply Chain (GEMOS) is designed for working executives and delivered in a modular part-time format with 1 short intensive week every 2 months, plus 1 residential week at Beijing Jiaotong University in China. The course focuses on delivering education in a highly active and “hands-on” fashion, through a “learn by doing” approach.

In the case of Salva´s company, the program addresses issues that have the potential to mitigate uncertainty such as modular design combined with the introduction of A2O, and the localization of safety stocks that maximizes response to unforeseen demand. In the case of complexity, we address the management of an organization´s interdependent set of customer markets, product lines, and production modalities. Managing complexity is also learnt through the structured approach to case study resolution in class, as well as through the holistic interdepartemental and intercompany view of many cases. In the case of dynamism, the program addresses business situations from across the globe and from different sectors, helping identifying where latent business problems may lie so as to anticipate solutions. It also addressed how key business processes such as R&D can be integrated with the processes of demand generation and demand satisfaction in order to correctly respond - as an organization, rather than as a function - to arising challenges.